Department of Policy Research at the Office of the Commissioner of the Ministry of Foreign Affairs of the People’s Republic of China in the Hong Kong SAR related the following to The Arab Chamber of Commerce & Industry for further dissemination:

Chinese President Xi Jinping on Tuesday made a statement at the general debate of the 76th session of the United Nations General Assembly via video, calling for bolstering confidence and jointly addressing global threats and challenges to build a better world for all.

The full text is here for your reference:

Please also check out the links below for “Report on Hong Kong’s Business Environment: A Place with Unique Advantage and Unlimited Opportunities” which was released today by HKSAR government, and Commissioner’s statement on the report.

2. Commissioner’s Office: Hong Kong’s status as a global financial hub is rock-solid and all intimidation will fall through

THE ARAB CHAMBER OF COMMERCE & INDUSTRY’S PRESIDENT LORD EDWIN E. HITTI EXTENDED CONGRATULATIONS FOR THE 100TH ANNIVERSARY OF THE COMMUNIST PARTY TO THE PEOPLE’S REPUBLIC OF CHINA, AND THE HONG KONG SAR FOR THE 1ST OF JULY ITS ESTABLISHMENT DAY

As celebrations took place as scheduled on 1 July 2021 in Beijing. CCP General Secretary Xi Jinping, as the guest of honor, delivered a speech and presented the Order of July to CCP members who have made contributions, Premier Li Keqiang served as the official host of the event.

Similarly, Hong Kong marked the 24th anniversary of its handover to China, Hong Kong’ CE Carrie Lam, attended the traditional flag-raising ceremony, followed by the award of the Bohemia Medal ceremony. A spokesman for the HKSAR government said that the award recipients this year are from different walks of life with diverse backgrounds. They have made significant contributions to Hong Kong in different areas.

THE ARAB CHAMBER OF COMMERCE & INDUSTRY IS PLEASED TO SHARE FROM THE OFFICE OF THE COMMISSIONER OF THE MINISTRY OF FOREIGN AFFAIRS OF THE PEOPLE’S REPUBLIC OF CHINA IN THE HKSAR, THE CHINA STATE COUNCIL’S WHITE PAPER ON THE OF THE CPC IN RESPECTING AND PROTECTING HUMAN RIGHTS

For your information China’s State Council Information Office on Thursday issued a white paper on the practice of the Communist Party of China (CPC) in respecting and protecting human rights.

THE ARAB CHAMBER OF COMMERCE & INDUSTRY’S PRESIDENT LORD EDWIN E. HITTI CONGRATULATES THE OFFICE OF THE COMMISSIONER OF THE MINISTRY OF FOREIGN AFFAIRS OF THE PEOPLE’S REPUBLIC OF CHINA IN THE HKSAR ON THE APPOINTMENT OF MR LIU GUANGYUAN

Lord Edwin E. Hitti conveyed his/the ArabCham’s sincerest congratulations for Mr. Liu Guangyuan’s appointment as Commissioner of the “Office of the Ministry of Foreign Affairs of the PRC in the HKSAR”, and seized this opportunity to wish Commissioner Xie Feng all the best on his new position in Beijing after holding the Hong Kong post since 2017.

On 8 March 2021, Mr. Yang Yirui, Acting Commissioner of the Ministry of Foreign Affairs of China in the HKSAR, hosted a briefing on the improvement of the electoral system of the HKSAR for the consular corps in Hong Kong. Heads or representatives from consulates-general of 59 countries and the European Union Office to Hong Kong attended the event.

Yang pointed out that the loopholes in the electoral system of Hong Kong must be closed with the utmost urgency so as to fundamentally resolve the problems in Hong Kong. If the chaos in the elections were left unchecked and anti-China troublemakers allowed to worm their way into the governance structure and unscrupulously endanger national security and Hong Kong’s prosperity and stability, Hong Kong would be plunged into violent turbulence, its status as an international financial, shipping and trading center under threat, and the interests of the international community here in peril. The deliberation of the draft decision on improving the electoral system of the HKSAR at the fourth session of the 13th National People’s Congress (NPC) is to carry out the “patriots administering Hong Kong” principle and the original mission of “One Country, Two Systtems” in the electoral system of Hong Kong, and is legitimate, reasonable and necessary.

Yang said that the implementation of the “patriots administering Hong Kong” principle and the improvement of the electoral system of the HKSAR will help to stop destabilizing forces from obstructing Hong Kong’s development at the legislature, improve the relationship between the executive and legislative branches, and enhance the capacity and efficacy of governance. It will help to bridge differences and build consensus, channel resources into the top priority of boosting economy and improving people’s livelihood, and strengthen Hong Kong’s role as an international financial, trading and shipping center. It will help to develop a democratic electoral system suited to Hong Kong’s reality and reflecting the overall interests of the community, and ensure broad and balanced political participation of Hong Kong compatriots in accordance with the law. It will also help to dispel concerns among the international community about social unrest in Hong Kong, and provide international businesses with a more enabling environment featuring greater social tranquility, political stability and business predictability.

Yang emphasized that it is a common constitutional arrangement and political practice in unitary states that the central government determines local electoral systems. It is also a universal political principle that those who govern shall meet rigorous standards of patriotism in order to be eligible. The decision to improve the electoral system of the HKSAR made by the NPC, the highest organ of state power, is in line with the Constitution, the Basic Law and international norms and has solid political and legal foundation.

Yang pointed out that the allegations that villify the Central Government’s efforts to improve the electoral system of the HKSAR and predict doom and gloom for Hong Kong are nothing but alarmist rumors, which run counter to the intention of the Central Government’s decision and Hong Kong people’s will. The Central Government of China stays firmly committed to implementing the policies of “One Country, Two Systems” and “Hong Kong people administering Hong Kong” with a high degree of autonomy. The Chinese side hopes the consular corps in Hong Kong and the international community at large will abide by the principle of non-interference, a basic norm of international relations, fully and accurately understand “One Country, Two Systems”, view the Central Government’s improvement of the electoral system of the HKSAR in an objective and rational manner, and together work for a prosperous and stable Hong Kong.

In response to a question about China’s take on the remarks by a very few countries expressing “concerns” about the electoral reform and threatening with further actions, Yang pointed out that Hong Kong affairs are China’s internal affairs and are crucial to China’s core interests. China’s policies and measures on Hong Kong issues have gained understanding and support among the majority of the international community. Facts speak louder than words, and justice will always prevail. For instance, 70 countries made a joint statement and more than 20 other countries spoke separately at the 46th session of the United Nations Human Rights Council in support of China’s stance on Hong Kong. While a very few countries, driven by political motives and ideological bias, have made irresponsible remarks and even threats to meddle with the Central Government’s decision to improve Hong Kong’s electoral system, their attempts are doomed to be futile. Such interference will not reverse the historical trend of the restoration of stability in Hong Kong and enduring success of “One Country, Two Systems”, nor will it undermine China’s determination to fully and faithfully implement “One Country, Two Systems”. On the contrary, it will only further unite the Chinese people, including our Hong Kong compatriots, in an effort to safeguard national sovereignty, security and development interests.

Lord Edwin E. Hitti, President of The Arab Chamber of Commerce & Industry at the request of The Commerce and Economic Development Bureau, of the Government of Hong Kong SAR, consulted key officials, under the trend of globalisation, to establish a wide global network to expand new economic and trade ties, on the formation in Dubai, U.A.E. one of five new “Economic and Trade Offices’ (ETOs).

Lord Edwin conveyed sincere congratulations to the Office Director General Mr. Damian LEE; Deputy Director Mr. Alvin WONG; and by extension to the Bureau Head, the Secretary for Commerce and Economic Development, Mr. Edward YAU Tang-wah, GBS, JP, on this initiative, and indicated that it is necessary to enhance Hong Kong’s representation and raise the SAR’s profile in the Middle East region.

With such initiative the HKSAR Government will strengthen ties with the Arab countries, in particular the GCC, with a view to encouraging local governments; companies; and individuals to make more use of Hong Kong’s financial services and use Hong Kong as a financial platform.

In addition, there are huge potentials in the Islamic financial market. Improving Hong Kong’s links with the Muslim communities will help promote the development of the Hong Kong Islamic banking sector.

The Arab Chamber of Commerce & Industry proudly celebrated its 15th year anniversary online due to the Covid-19 pandemic lockdown restrictions.

Wishing all good health and positive hopes for better days to come.

In the wake-of the devastating Beirut Port explosion in Lebanon, affecting thousands of people and causing significant damage across the capital, The Arab Chamber of Commerce & Industry members have been providing life-saving contributions, in cooperation with The Moubadarat Wa Kararat Association NGO, making basic assistance to families based on their needs efficiently possible. The help included food parcels, hygiene kits, psychosocial support kits, shelters, and primary healthcare and medicine.

THE ARAB CHAMBER OF COMMERCE & INDUSTRY’S PRESIDENT LORD EDWIN E. HITTI EXTENDS CONGRATULATIONS FOR THE 71ST ANNIVERSARY OF THE PEOPLE’S REPUBLIC OF CHINA

“Wishing all a Happy National Day! and sincere congratulation to the People, and Government of the People’s Republic of China, for the great achievements over the past 71 years.”

Benjamin Sigg and The Landmark Mandarin Oriental, Hong Kong were excited to present this second luxury showcase with exclusive access to a host of luxury and elite brands. An unprecedented combination of art, antiques, collectibles, beauty products, bespoke apparel, and luxury goods, in a single showcase, despite the COVID-19 impediment, attracting a large number of celebrities and aficionados. 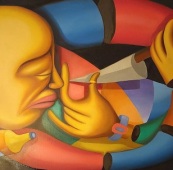